Custom made Work with us

Support to FAI renewed for 2022

Limonta among the Corporate Golden Donors 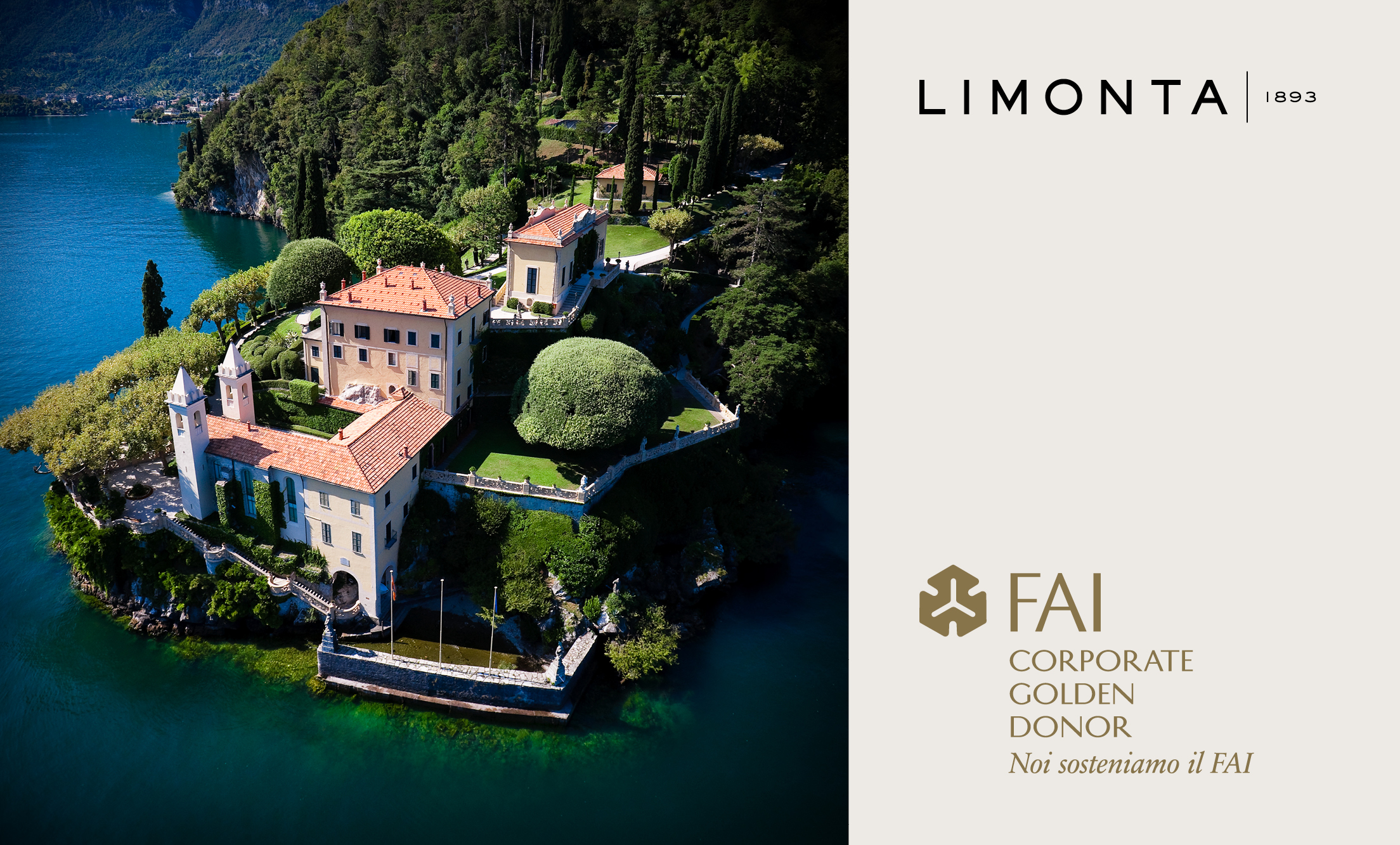 Limonta Group as well is next to FAI - Fondo per l'Ambiente Italiano - among the Corporate Golden Donors to support the beauties of the Italian national territory. The Group has always been aware of operating in a sector that interacts directly with the territory where its facilities are located. For this reason, the Group wishes to include within the responsible management of its activities, also a program of actions to safeguard the Italian naturalistic and landscape heritage, operating in different regions of the Country.
Hence the choice to contribute to FAI, the Foundation that in Italy, since 1975, has been protecting and managing 68 assets placed under its protection in the Italian national territory, 52 of which are open to the public and can be visited, with the possibility for supporting companies to organize business events and workshops.
Every day FAI is committed to protecting and making accessible to everybody, beautiful jewels of art, nature and culture scattered in the countryside, in the towns and on the coasts of Italy, to educate and sensitize the community to the knowledge, respect and care of art and nature and to act as spokesperson for the demands of the civil society by actively monitoring and intervening in the territory.
Photo: Alessio Mesiano 2010 (C) FAI - Fondo per l’Ambiente Italiano – Villa del Balbianello, Tremezzina (CO).